1st  Place – Team Castle of Dreams, Captain Ryan (Something you would see in your dreams – a castle on top of a turtle shell with rocks balanced on top) 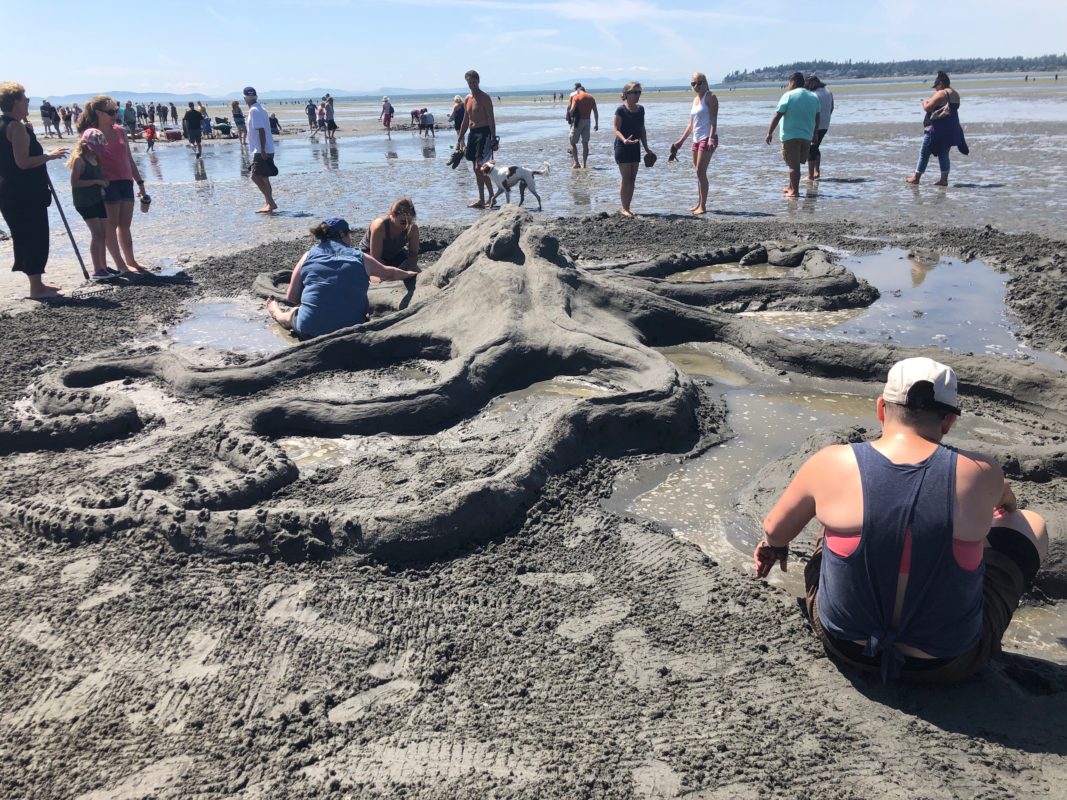 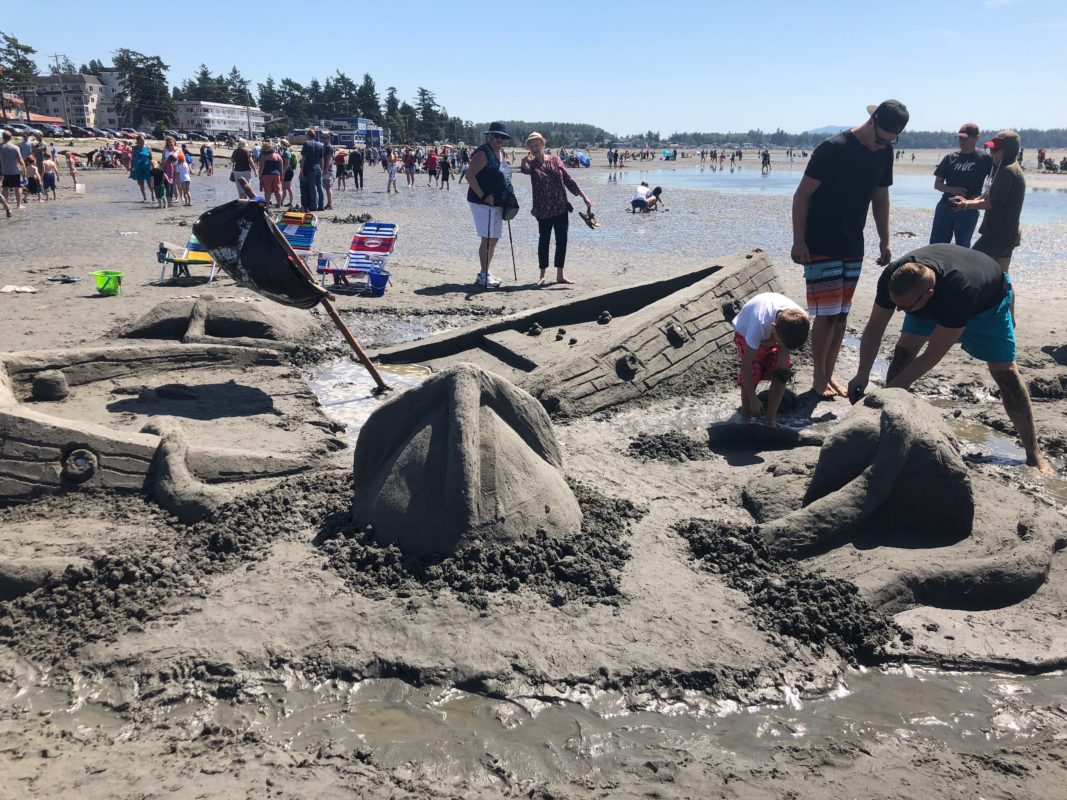 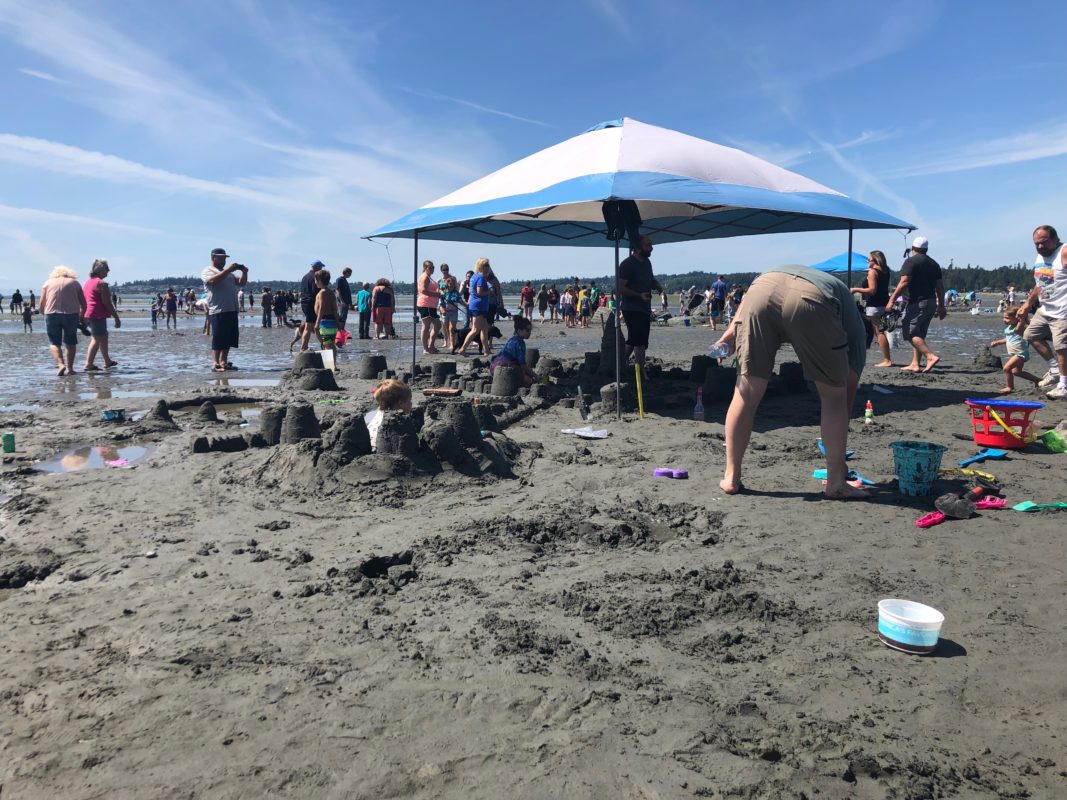 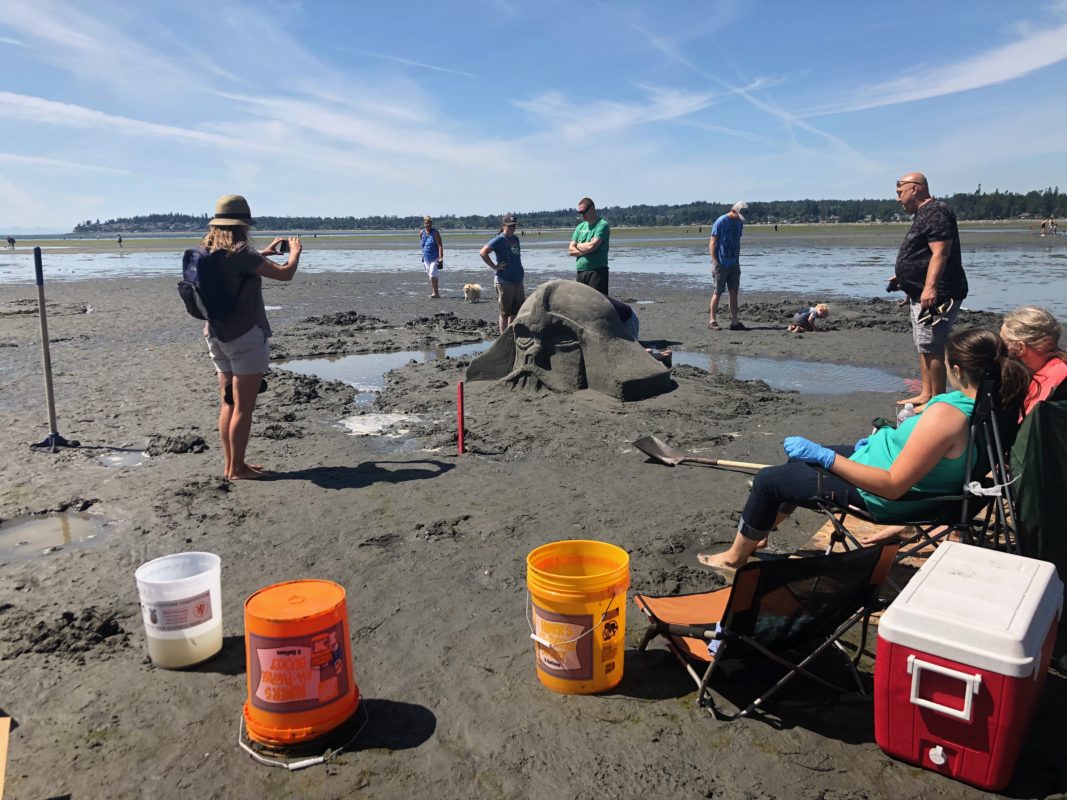 A Pirate Ship being attacked by an octopus, with a treasure chest filled with treasured words on painted rocks. Team members were dressed in pirate costumes and were playing pirate music.

The Eagle has Landed – A beautiful eagle on its back with wings spread in celebration of the 50th anniversary of the USA moon landing.

Hank the Hoarder, a shell hoarding octopus. Three generations worked together on this sand sculpture.

Castle & Dragons – A dragon complete with teeth and scales surrounding castles that are being destroyed by the squeeze of his tail.

Fun in the Sun – Iguanas have fun in the sun just like the team that was building him.

Battle at Sea – 2 Ships at battle firing flowers from their cannons. 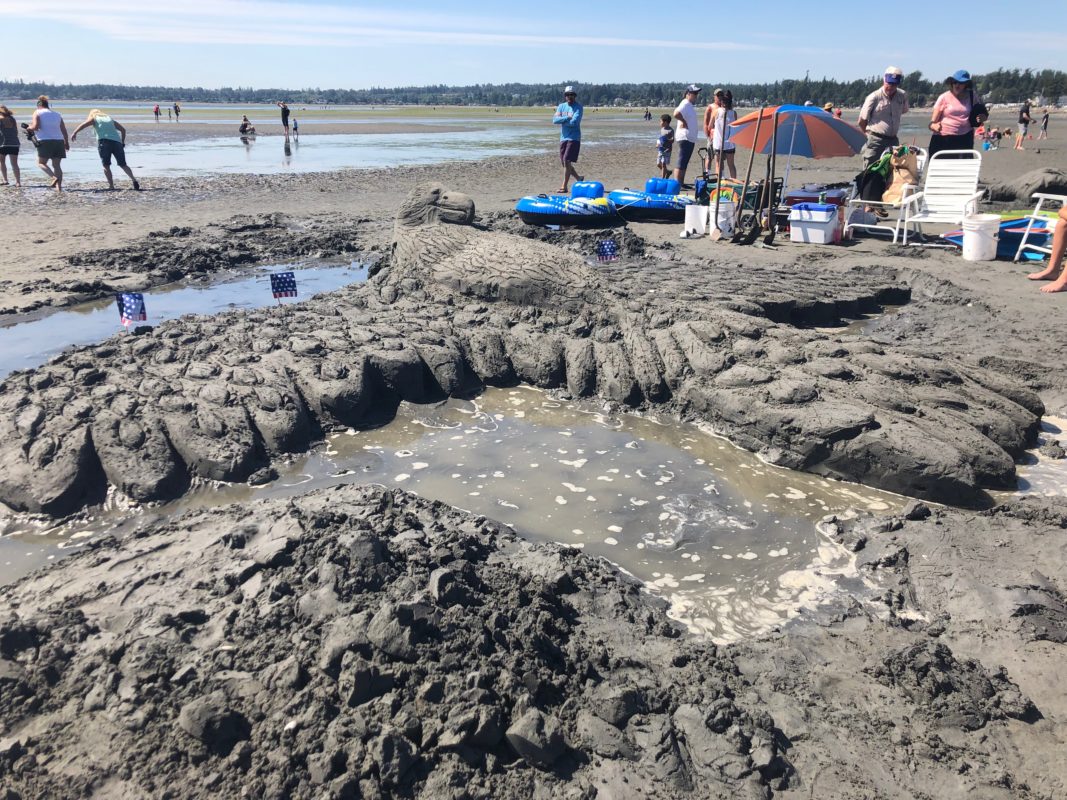 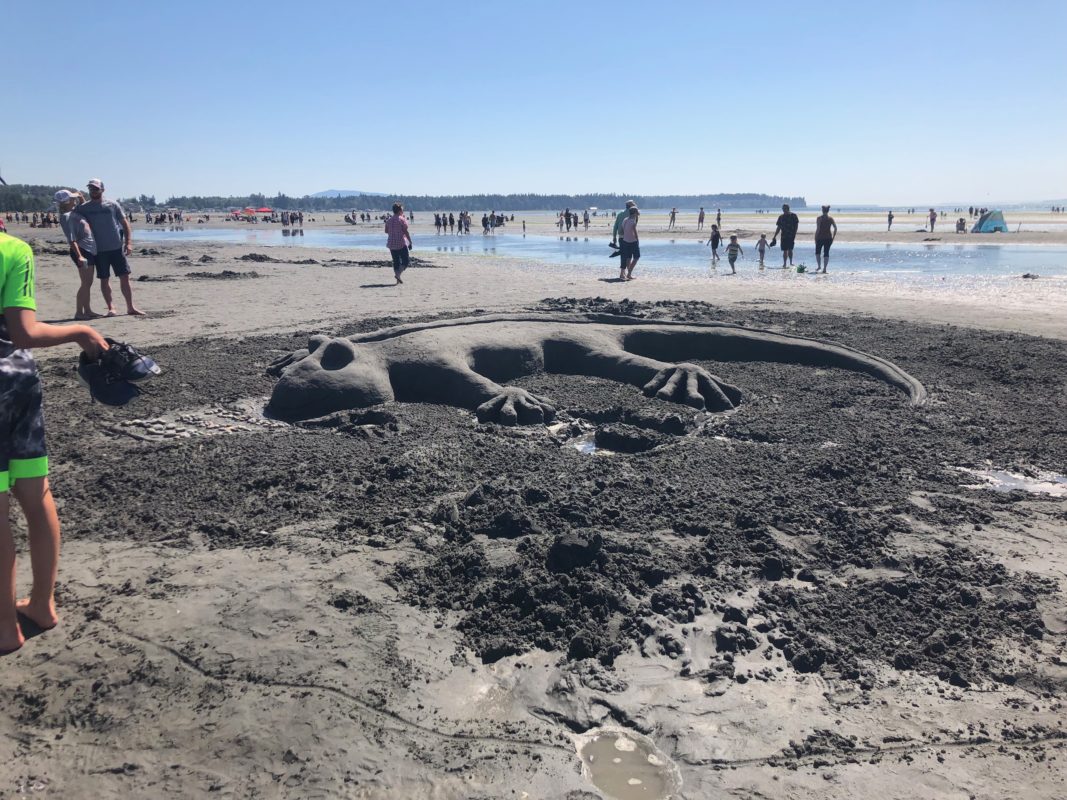 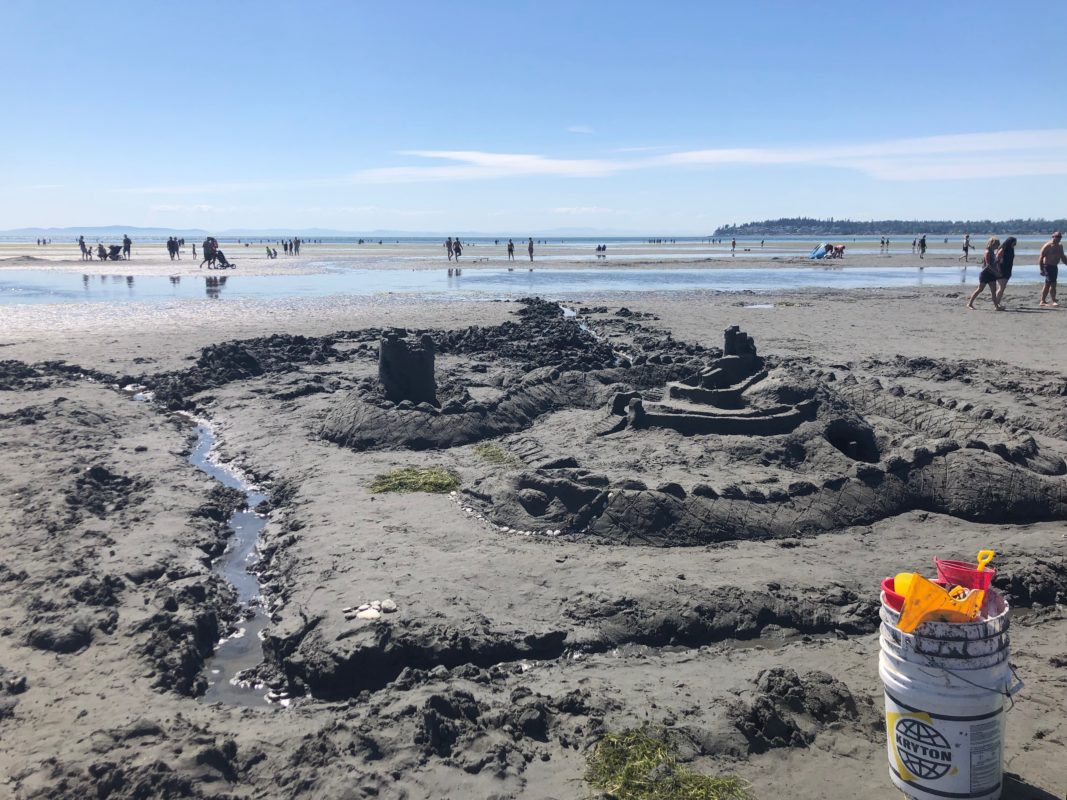 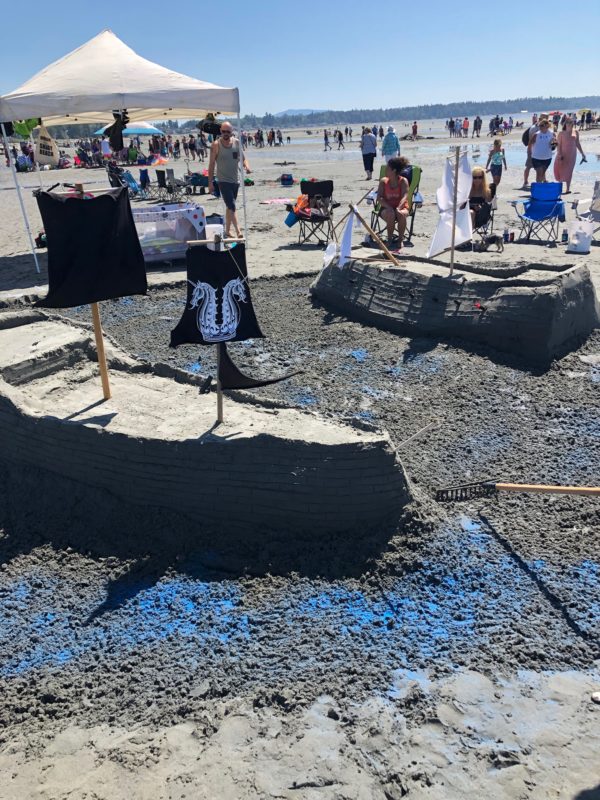 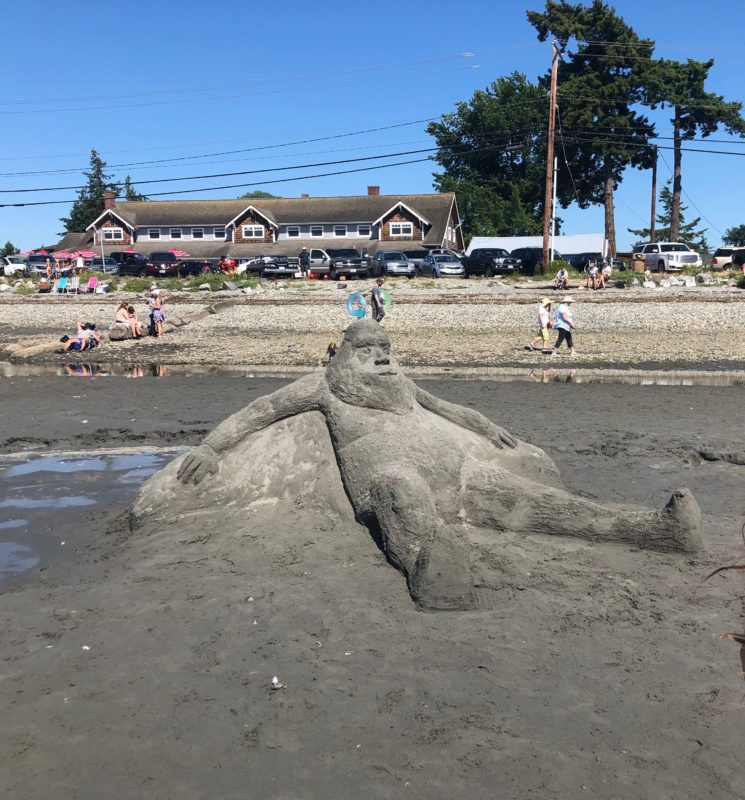